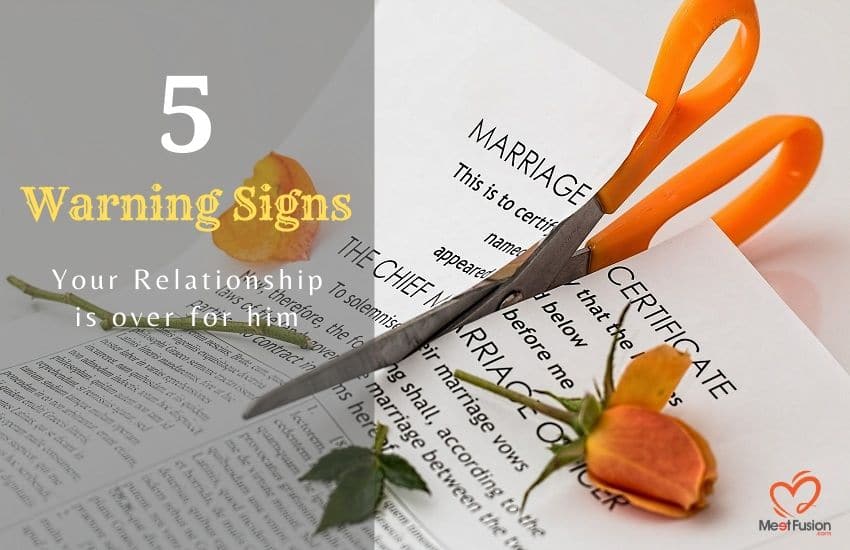 Are you looking for the signs the relationship is over for him so you can save it?

Well, then this guide is just for you. We will discuss things like signs your relationship or marriage is over for him and as well as for you.

And we will also talk about how you can prevent it from falling apart.

Just make sure to read it till the end to understand if you and your partner are at the edge of breaking up and also, when-to, and when not to save the relationship.

How do you tell if a man is over you? 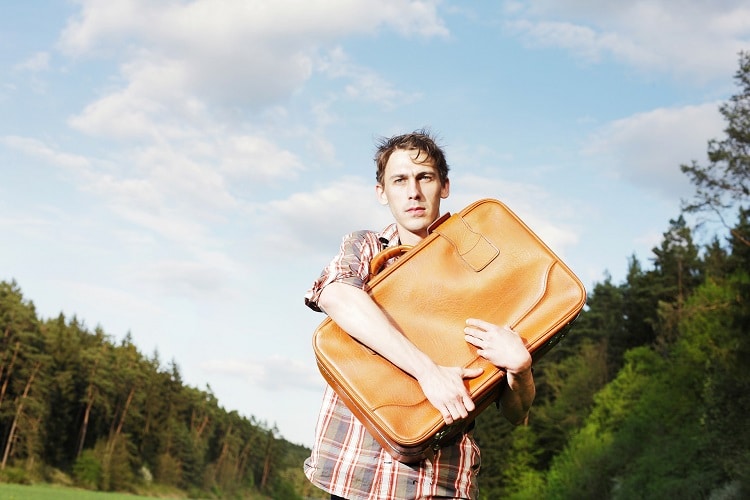 If you are still in love with him but suspect something is off and want to know about signs the relationship will not last for the long term, then there are many.

You will start noticing changes that might be a big deal for you but not for him.

For instance, if you both are taking time off from each other and he comes and gives everything back that is related to you, then it’s a major sign. He doesn’t want to be reminded of you, which is why he is getting rid of anything that does.

Another sign can be that he has shut you down from his life, and I mean completely shut down.

He will delete your number, block you from social media, and even if you somehow try to contact him, you will get absolute silence in return.

Even if you meet at a common ground, like at a party, he will ignore you and won’t do anything to impress you.

Furthermore, if something big happens in his life like achieving a major career milestone or a sudden demise of a family member/friend, he won’t discuss that with you.

All of these things are clear signs of the relationship about to end. 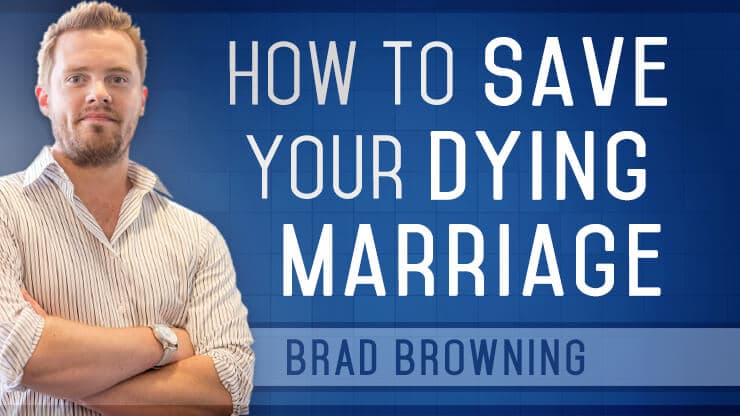 5 signs your relationship is over:

We discussed the signs the relationship end for him in the previous section, but what if it is over for you both? How would you know that you don’t want to continue the relationship too? This is where you need to look for these five signs:

One of the common signs of marriage over includes fighting. And I am not talking about the casual bickering that couples do over silly things.

I am talking about continuous fights; you won’t agree on anything that goes against any one of your plans.

This is because you are not willing to compromise for each other. So when sacrificing on little things for the happiness of the other person is out of the relationship, it is nearly over.

The thought of him even touching you makes you cringe. Not willing to have some fun because you are tired or not in the mood is an understandable thing.

However, if you don’t even want him to touch you, and he’s not coming close to you either, then it’s a dead relationship with no spark left.

3. You Start Hating Each Other’s Habits:

The very habits that used to be cute will now be annoying and frustrating. If you cannot stand the way he is chewing his food, dressing up, or any other thing, then your relationship ending and won’t survive very long.

Couples plan vacations, dinners, and movie nights just so they can spend quality time together. If you have stopped doing that and both of you don’t make any effort either, then it means being with each other doesn’t really make you happy.

You and your partner should be everything to each other. You should discuss every big and small thing, no matter how silly or embarrassing it is.

If you guys have suddenly stopped talking to each other and only talk when necessary, then it is also a sign marriage over for you both.

What To Do When A Guy Ignores Your Texts?

What is a toxic relationship? 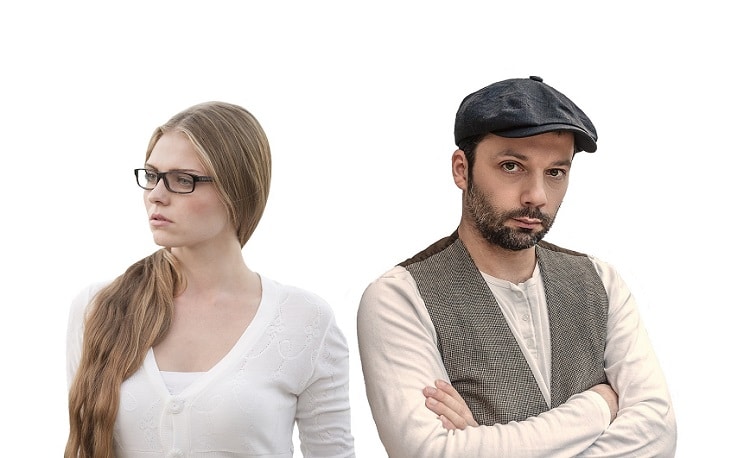 A simple definition of a toxic relationship is that your partner will emotionally, or sometimes physically hurt you on purpose.

He/she will show dominance in the relationship, will try to control you, will have insecurity, and will behave like a self-centered person.

All of these things mean that your self-respect will get pretty bad hits from time to time. How you feel or what you feel will be totally irrelevant to him/her, and they would only want you to do what they like.

If you are caught in something like this and have tried everything to change your partner, but he/she is not budging, then you need to let go and decide when to end a relationship. There is nothing else that you can do.

How do you let go of someone you love? 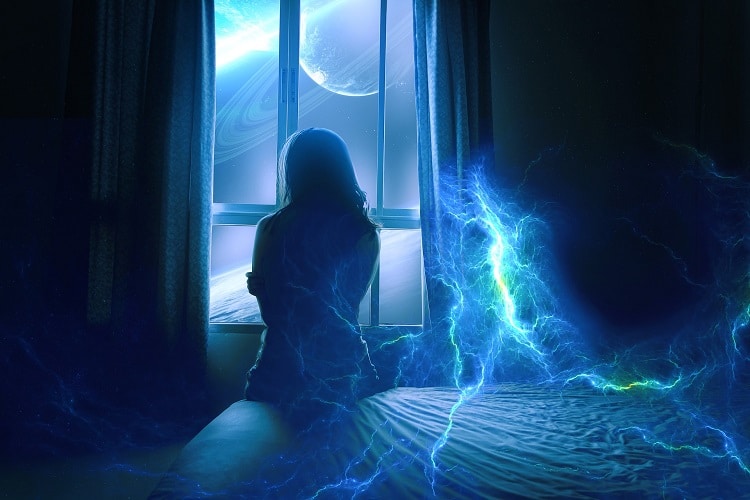 Letting go of someone is not easy, but sometimes it is necessary because maybe you are in a toxic relationship or in a dead one with no spark left.

So whatever the reason is, knowing how to and when to end a relationship is the most important thing you need to know.

First of all, you will have to cut contact with him. This means just stop meeting or seeing them even if you are not in the relationship anymore. Otherwise, you won’t be able to heal.

Once you have cut off the ties with him, you will enter the grieving mode, just give yourself time and space to mourn.

Soon, your healing process will start. This is the most dangerous time because you will have thoughts of getting back with him just like someone in a rehab thinks of getting alcohol all the time even though they know it’s not a good sign for them.

So either get help from friends or move to another city for some time, just don’t give in to these temporary feelings. Once you accept things are over for good, you will eventually find peace.

How to prevent Breakup Before it Happens? 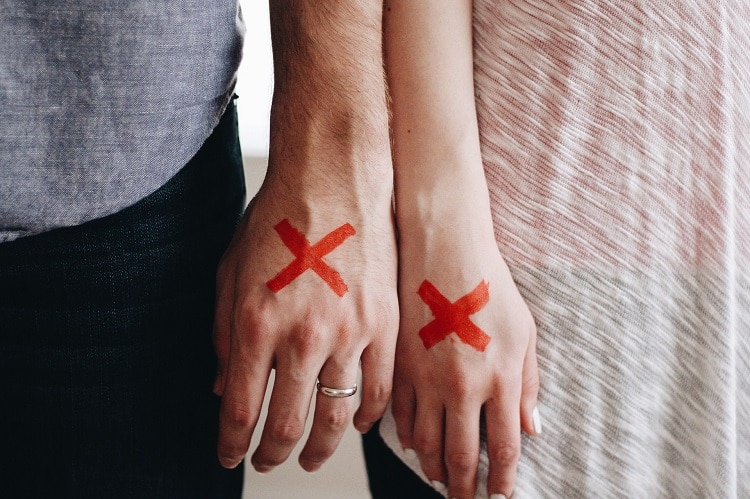 The first thing you must have to do before even working on preventing a breakup is whether you really want to live with him for the rest of your life? If in your heart, you know you do, then a simple solution is to just have a talk.

There are no mind games to play here, like ignoring him to make him want you back.

Just ask him to sit with you in a peaceful environment, and have a talk over some tea or coffee. Tell him about your feelings and ask him how he feels. Discuss why you guys are on the brink of a failing relationship.

Since you are initiating the talk, you need to have a bigger heart and listen to everything he says.

Try to solve things, you both might have to make some compromises but as long as no one is getting hurt, sacrifice a bit.

Lastly, establish some healthy boundaries, there will be some triggers in your relationship that escalate the fights, find them out and limit things to those triggers, no further discussions about something if you are near the triggers.

Will he ever come back if I leave him alone? (How do you know if a guy regrets losing you) 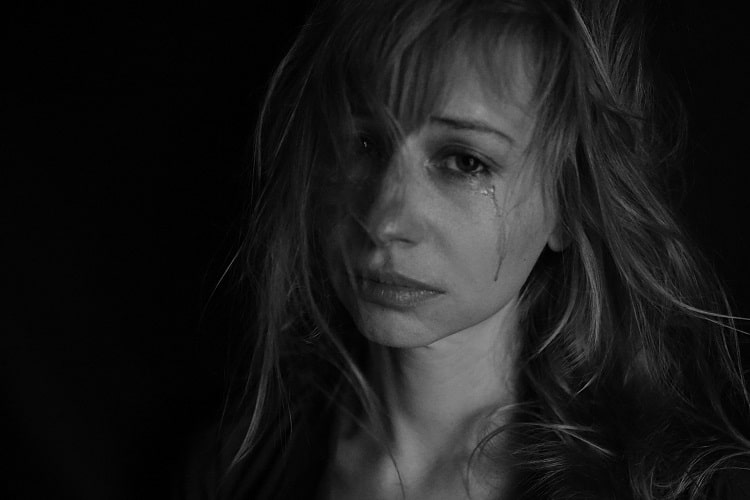 A lot of girls have questions like will he come back to me if I stop chasing him? Will he regret losing me if I start ignoring him? Well, the answer is Yes, and No.

It depends on what made him leave you in the first place. Was it something that you did or said that you shouldn’t have? If yes, then no sister, he might not come back!

However, if you have already tried to apologize with all sincerity and promised not to do that thing again, and if he is still not coming back, then you can start giving him the taste of his own medicine.

He might come back, and if he doesn’t, then it simply means it is one of the signs the relationship may ending for him, you will just have to accept it.

When to end a relationship?

You don’t feel loved, and you don’t love him either

Knowing the sign’s relationship is ending for him will help you stop wasting your time, energy, and effort and just work on moving on. Similarly, when you know when to end a relationship, you can start working on breaking it off and improve your own life.

We suggest that you remember the signs marriage over that we have discussed in this guide to either help yourself or help your friends who are going through something similar.

Loved my Blog? Go ahead, share Up IceFishing with friends–they’ll thank you for it.