Why does my husband want to sleep with another woman? 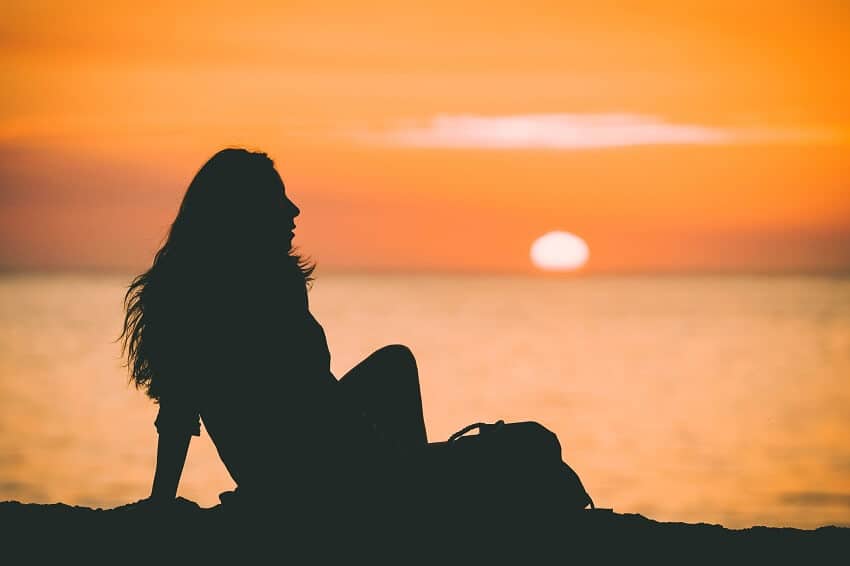 Upon saying ‘I do,’ you think that your husband will be yours forever, but now he seems to be looking at other women.  You may be wondering Why does my husband wants to sleep with another woman. What does this mean? And what can you do about it?

Marriages aren’t always black and white. Things change, and when your husband seems to be interested in sleeping with other women, then things can get pretty scary and confusing. You may be wondering why this has happened and how to deal with it.

Wondering if your husband loves another woman can be incredibly daunting. A million questions must be swinging around your head. However, here we will explore every sign that can let you know that your husband is sleeping with someone else and what you can do about it.

“Statistically speaking, there is a 65 percent chance that the love of your life is having an affair. Be very suspicious.” Scott Dikkers

Does my husband fancy another woman? 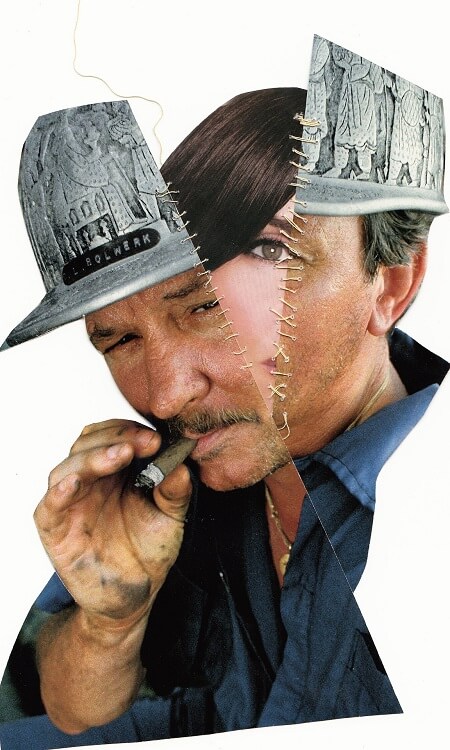 A change in his behavior may lead you to think that he is interested in someone else. He may be spending more time at work or paying less attention to you.

The reasons for his interest in other women can sometimes be justified by something that is not right in your marriage.

Yet, not all cases are the same, and sometimes it can be difficult to understand that something isn’t right in your relationship. Have you noticed anything different?

Still, if you think that there’s a chance that your husband is sleeping with someone else, you should definitely investigate what is going on.

Things are not going to get any better if you don’t take action. But of course, being certain that there is something, in fact, going on is very important.

Knowing how to recognize some of your husband’s cheating signs will not only let you know that he’s sleeping with someone else but also help you to understand why it’s happening.

1. He’s paying more attention to the way he looks

One of the most common signs, that men show when they are interested in someone else out of their marriage is when they start to pay more attention to their looks.

If your husband starts exercising suddenly or taking better care of his appearance, this is a big sign that he is trying to please someone else.

Although if he has been talking about taking better care of his body and health, this may not be a direct sign that he is sleeping with someone else.

But if his change was sudden and he is very passionate about becoming more attractive, this can definitely be seen as a red flag.

2. He becomes protective of his phone

Our phones are a big part of our lives and one of our main ways to communicate with others. If your husband is spending more time on his phone but behaving extremely protective of it, this is a clear sign that he is trying to hide something from you.

If by any chance, he seems nervous when you ask him to borrow his phone, this is a strong sign that there is something that he doesn’t want you to see.

Placing his phone with the screen down or adding a new password that you are not aware of also signifies that he is trying to hide perhaps messages or calls from other women.

If all of a sudden, his time at work starts to increase, and he’s no longer arriving home at his usual time regularly, this could mean that he is spending time with someone.

Using work to justify their absence is a very well-known sign of when someone is cheating. Surprisingly not many realize that this is a huge red flag that can make their partner suspicious.

If his routine suddenly changes and his explanations are rather suspicious, you should take this as a sign that he is doing something behind your back.

4. He goes straight into the shower after getting home

If your husband doesn’t have the habit of going straight to the shower after work, this shouldn’t really be considered a sign that he is sleeping with someone else.

Some jobs are more demanding than others, so it might be normal for him to want to shower first. However, if this is a new habit, it might mean that he is trying to wash away any evidence that could raise questions.

Getting rid of anything that could indicate that he has been with another woman could definitely be seen as a sign that he is cheating on you.

Surprisingly he might be more cheerful after getting attention from other women. Every human being loves attention, and if your husband loves another woman, he may be feeling really excited.

New relationships, even in these types of circumstances, can make anyone feel extremely festive and enthusiastic.

If you noticed that he is smiling more often or even humming, this could be a sign that someone else is behind it.

6. He becomes defensive when you question him

When you notice something different about his behaviors, such as a new password on his phone or too many late nights at work and question him, only to be welcomed by a very defensive attitude can mean that he is hiding something.

If your husband avoids your questions, and when you pressure him, things become heated, it doesn’t necessarily mean that he is sleeping with someone else.

Yet when he shows no intention of resolving the issue or reassuring you that nothing is going on, it can mean that he doesn’t have a real excuse.

Avoiding straight answers and going straight into defensive mode is definitely a warning sign that he tries to hide something or someone.

7. His libido has decreased, or it’s different

It’s normal for anyone’s libido to change, stress, health issues, and many other things that can change our stamina in bed. If you have been usually pleased, but now your husband is weak in bed, this can mean that he’s getting something elsewhere.

One of the most common cheating husband signs is also the addition of new positions in bed. Usually, women cheat mainly due to a lack of emotional support from their partners.

Still, men tend to look for someone else out of their marriage because they lack a physical connection. If your husband is behaving out of the normal in the bedroom, this could be a sign that he is sleeping with someone else.

Is it normal to fantasize about your husband with another woman? 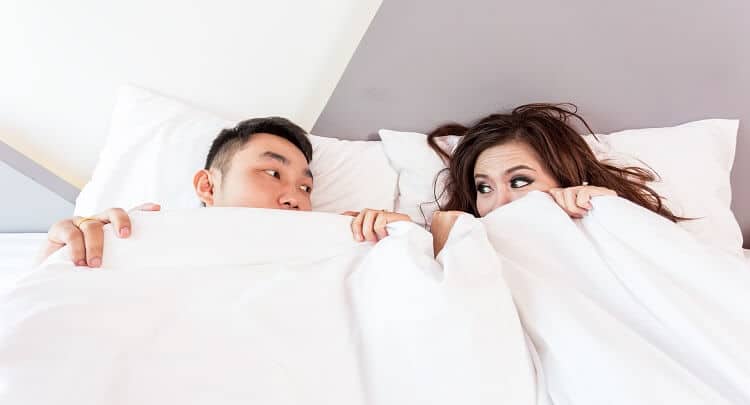 Yes, it’s completely normal for you to fantasize about your husband with another woman. There is nothing abnormal when we fantasize about those things. It’s very natural and human behavior.

We are driven by impulses and chemical reactions within our bodies. It doesn’t matter if you are in a relationship or not. Fantasizing about other people is a totally normal thing to do.

Why is my husband looking for another woman?

“My husband is cheating on me” is one of the most feared and painful things that a woman can say aloud.

This can make you feel like you are not enough or that it’s your fault that it’s happening. There are many reasons why men look for other women.

The most common reasons why men tend to look for another woman are:

“What kills a relationship between two people is precisely the lack of challenge, the feeling that nothing is new anymore. We need to continue to be a surprise for each other.” Paulo Coelho

What to do when another woman is after your man?

It’s completely understandable if you project your anger and hurt towards the other woman. However, it would be best if you always remembered that she is not the person who shared vows with you.

Blaming someone else for what’s going on inside your marriage is usually our first reaction, but there is no denying that something is not right.

It would help if you recognized what is wrong instead of allowing the other person to get the best of you.

– Avoid giving her more attention than she deserves

It is normal that once you are aware that your husband is interested in another woman, your focus shifts to her. However, this will only make things worse.

There is a small chance that your husband loves another woman if he is still with you. Cheating is usually an escape from reality, a source that people chase after to cope with the things that they are missing in their relationship.

It’s an illusion that replaces the empty spaces in your marriage. Please don’t give her more importance than she deserves.

– Instead of pointing fingers, recognize why it happened

Normally, your first reaction will be to blame each other for the failure of your marriage. You can focus on the other woman, but if you want to fix your relationship, your best choice would be to focus on reality and realize why it happened. If you are both willing to work things out, you need to understand why it happened and how to fix it.

– Express your feelings in a civilized manner

When we are hurt it is normal, that instead of expressing ourselves, we close ourselves up and react irrationally. Our emotions take over, yet this will only make things more complicated and, of course, more hurtful.

Remember that this isn’t your fault, but it is also your responsibility to understand why it happened. Try to gather your thoughts, express how this makes you feel.

What does the bible say about sleeping with another woman’s husband?

The bible is clearly against adultery. In the church’s eyes, a marriage is a pure bond between a husband and his wife, and no intimacy should happen out of the marriage. Here are some excerpts from the bible that mention sleeping with other people out of the marriage.

He who commits adultery lacks sense; he who does it destroys himself.

Let marriage be held in honor among all, and let the marriage bed be undefiled, for God will judge the sexually immoral and adulterous.

And I say to you: whoever divorces his wife, except for sexual immorality, and marries another, commits adultery.”

“People cheat when they are afraid. When there is no cost to being wrong or confessing ignorance, there is no reason to cheat or fake comprehension” – Leah Hager Cohen

Whether you are considering save your marriage or not, blaming yourself for it will not resolve anything. However, ignoring why your husband has to look for another woman is also something that you should not do. If you think that your husband wants to sleep with someone else or is already sleeping with another woman, you should discuss this as a couple. You owe it to yourself.