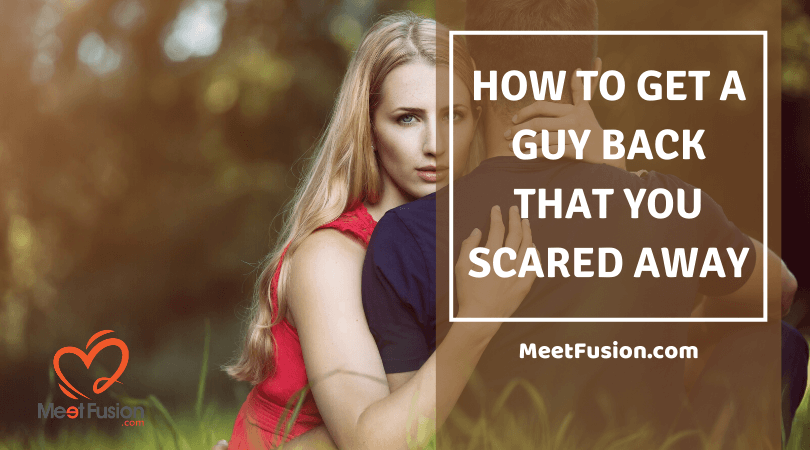 Things were going well until you did or said something. He is no longer as responsive as he once was, and if anything, you feel that he’s distancing yourself from you.

Soon enough, he’s decided to exit your life; he no longer picks your calls or doesn’t respond to your messages. You hate the space you’re in because you feel that you look desperate and needy when that’s not really who you are.

You’ve pushed a guy away, and you’re serious about getting them back. Where do you start? The feeling of things going south fast it confusing and frustrating, and anyone would want to get things back to the start.

It would mean going to the place where things were going well, where he liked you, and wanted to be around you, and to when you looked forward to his communication. If you’re in that space, you’re not alone.

The other bit of good news is that you can take things back to where they were or even to a better place.

However, it requires work from you. It’s not a snap of a finger; it is sitting down, analyzing your situation, seeing where you went wrong, what could have been done differently, and then finding a way to bridge the gap.

Before we get into how we first have to knowledge that each case is unique. Things might sound similar, but you know what works best in your context. That said, in this article, we will look at how to get a guy back that you scared away in general. That means, with each tip, we suggest that you make it work for your situation.

How to get a guy back that you scared away

There are quite a few things you might need to do to get him back, and that’s dependent on what you did to scare him off in the first place. Some might make sense in your context, and others won’t.

Either way, before you dismiss something, think about it because we tend to resist things that threaten our inner and outer harmony. In short, the truth can be a hard pill to swallow. 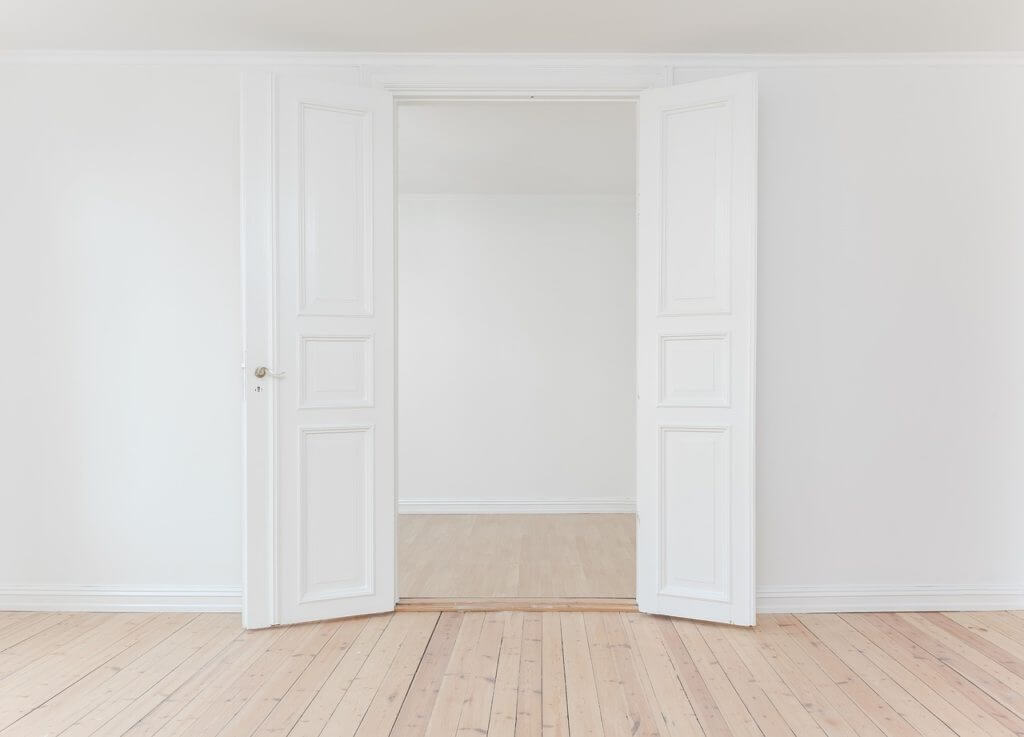 Sure, you may have done something on your end to push him away, but believe that you do deserve a second chance. The best time to cash in is as soon as you’ve scared him off.

When he’s moved to a different state, he is married, and with three kids, that is perhaps not the best time because of all the lives that could be affected if you do manage to get him back. However, doing that takes a lot of courage and boldness. You’ll have to look at where you went wrong, and not a lot of people find that easy to do.

As you go about fixing whatever issues exist, believe that you’re worth having a second chance. Relationships come with a lot of advice but no strict manual that you can follow to get things right.

Sure, you made some mistakes, but remember that you’re flawed.

If you’re honest with yourself about him, too, you will list down a few things that he also can work on. It’s not about throwing stones here; it’s about embracing humanity and knowing that you have a chance to try again.

Mistakes happen, and they can get fixed. However, the first place to start is with an apology. It needs to be sincere and no blaming on his part. “I scared you off because of you…” will not get you very far.

His walls will go up in an instant, and he will get defensive. Instead, “I scared you off because I felt insecure…” or whatever reason that did make you push him away is a fantastic place to start. You’re acknowledging the behavior that led to the present outcome and not accusing him of being the problem.

The purpose of the apology is to own what you did and tell your side of the story.

However, showing your side of the story won’t be enough. Sure, he might understand that, for example, your ex cheated multiple times, and that left you needy and with a snooping habit. If he’s reasonable, he’ll acknowledge that he gets where you’re coming from, but it doesn’t mean he’ll tolerate a repeat of the same behavior.

Therefore, the apology is not what will bring him back; it’s only the beginning. Keep in mind that an excuse without a change in behavior is not truthful; if anything, it is manipulative.

Once they realize that, they will turn on their heels, and your subsequent attempts to apologize and get him back are not likely to work. Also, it’s important to own your truth before anyone else does.

3. Give him some space

We’re not typically someone’s favorite person after we’ve scared them off or pushed them away. It’s no different for him. You might feel the need to get in touch with him as soon as possible, apologize, and explain yourself and the work, but the best thing you can do for your situation is to give him some space.

You can do it before or after the apology, but remember that he needs time away from you to think about what went on between you two. Time does tend to give us a different perspective.

When enough time has passed and you do reach out, he’ll be curious and want to know why you’ve equally been silent. It also signals that you did take the time to reflect on what went on, and you’re ready to approach the situation differently.

He’ll be open to giving you another shot to win him over and start on a clean slate. That, though, is only able to happen when he, too, has gotten the time to think things over.

4. Gather your thoughts and emotions

While giving him his space, it’s not time for you to take a time out.

It’s the right time to get working on your end. There are a ton of questions you need to ask yourself, the major one being “what were the contributing factors to scaring him off?”

Were you too needy? Did you come off too strongly? Did you intimidate him in any way?

Take time to think through the various scenarios, mainly where he had a negative reaction, no matter how subtle it was. Was there anything you could have done differently?

As you’re thinking about this, there will be a merging theme of what the problem was.

Cast a wider net and consider similar situations that happened in the past. You might even need to employ the help of a journal or a trusted friend to pinpoint the issue. Are you jealous? Are you insecure?

If you’re serious about getting him back, then it’s likely that you’re equally set on keeping him.

During your time apart, consider doing some soul-searching, cleaning “house” and taking out the baggage, so you don’t have a repeat of the same. For women looking for a long-term partner, now would be the perfect time to work on yourself so that you get the ideal match for you.

The bottom line is to emerge as a better person than you were before he made a run for it.

When you do initiate contact, don’t go straight to the issue. A good apology is one where you state your role in the conflict and own your up for what you did. After that, keep things light.

You want to reel him back in, and a monologue on why you did what you did is not a good start.

Instead, ask him for a drink or a bite. Keep the conversation about him; find out what he’s been up to. Use a similar tone as you would if you’re catching up with an old friend; you don’t want to come across as though you’re interviewing him.

Another reason to take it slow is that massive displays of emotions scare men away. Don’t cause a scene with tears or go into a spiral of self-pity to try to get him back. You want to be composed and wait for the right time.

If he wants to talk about it, he’ll do follow-up questions. He might want to know why you did something, and that gives you the chance to explain your part of the story. Remember, don’t blame him for anything, as that’s not part of taking responsibility and owning your mistake.

Keep your tone level when talking to him even when you’re overwhelmed with emotions. It’s best if tap into some of your self-control so that he doesn’t feel like he’s dealing with a ticking time bomb. He needs to know he can trust being around you again.

Learn how to establish deep love connections with text chemistry

If you’ve come this far and you feel you’re dealing with a brick wall, maybe it’s time to give him more space. Take a few steps back as well, as he either needs more time to think or he’s no longer into you.

No matter the outcome, do not beg because you come out as desperate, and that’s a disempowering position to be in. You can ask for forgiveness, but if you feel you have to ask for it continually or even beg, it’s time to reconsider him.

The world is not ideal, and neither is the dating arena. You might think that you scared the guy away when he’s playing games with you to see if you’re desperate enough to put up with his flaws he won’t change.

With this and more in mind, when you’re doing your soul-searching, be sure that you’re clear about your boundaries and non-negotiables. You may want him back, but be careful that you’re not taken advantage of. 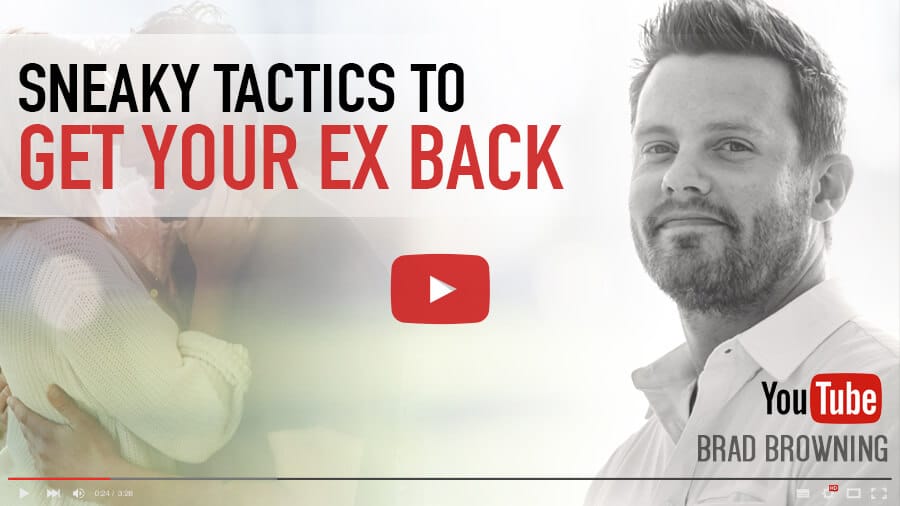 7. If he’s yours, nothing will scare him off

A man that wants to be with you might take a few steps back, but he won’t leave. He’ll recalculate and come back and try to work things out. He might be sacred, but his determination to be with you will overcome that.

Being true self shouldn’t scare a man that’s right for you. Don’t ever compromise who you intrinsically are to make a man get back with you. You are worthwhile, just as you are.