How to Make a Ghoster Regret it Later? (Here’s What to Do!) 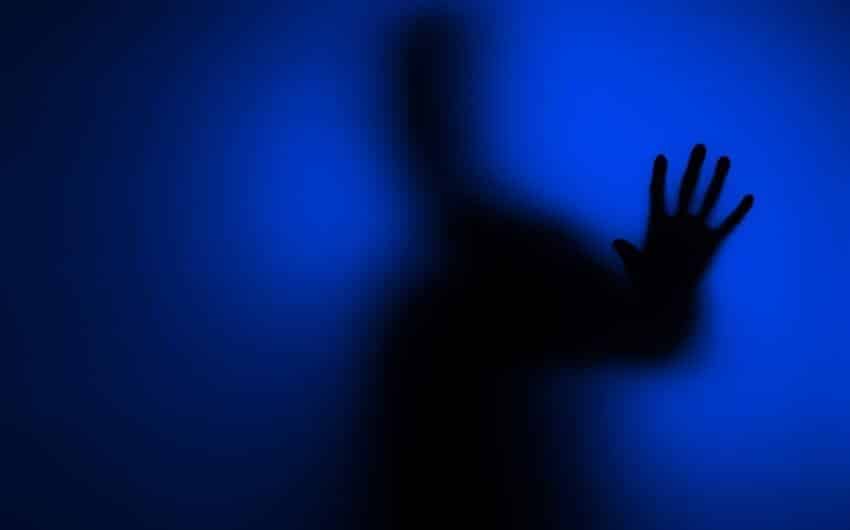 When you’ve been ghosted, it can be challenging to figure out how to make a ghoster regret it. If someone ghosts you, it can feel like they’ve ripped your heart out of your chest.

Ghosters may regret ghosting. Some people may feel guilty about it and even realize what they lost.

If you think the ghoster may regret what they did, there are a few things you can do to make them realize what they’re missing out on.

Don’t Beg or Plead for an Explanation

The first thing you need to do is accept that you’ve been ghosted. It’s not easy, but moving on with your life is essential. If you keep trying to contact the person or beg for an explanation, it will only make you look desperate.

You might be tempted to play games with the person who ghosted you. For example, you might ignore their calls or texts or start dating someone new to make them jealous. But playing games is childish and won’t help you move on.

Don’t do it if you’re tempted to post about the person who ghosted you on social media. It will only make you look bad and won’t help you move on with your life.

Focus on Yourself and don’t Waste time

The best thing you can do after being ghosted is to focus on yourself. Spend time with your friends and family, and do things that make you genuinely happy. The more you focus on your happiness, the less you’ll think about the person who ghosted you.

How Do Guys Feel When They Ghost You?

A recent study by thedatingnetwork.com found that 65% of men feel anxiety, awkwardness, and guilt after ghosting someone. Ghosting is when you abruptly end a relationship or flirtation with no explanation.

The study also found that the top reasons why men ghost are: they lose interest (52%), they’re scared of being rejected (24%), and they don’t know how to break up with someone nicely (16%).

If you’ve been ghosted, it’s essential not to take it personally. Ghosting is usually a sign that the person wasn’t that interested in you in the first place. The best thing to do is move on and find someone interested in having a real relationship with you.

Why Ghosters Always Come Back?

There are a few reasons why ghosters may come back after they’ve disappeared. One reason is that they realize they made a mistake and want to try again.

Another reason is that they were going through a tough time and needed some space. If the ghoster comes back and they seem sincere, you may want to give them another chance.

However, if the ghoster comes back and they don’t seem sincere, or they start ghosting you again, it’s time to move on. There are plenty of other people out there who would love to be in a relationship with you.

How Long Does It Take for a Ghoster to Come Back?

It takes about 3 to 6 months for a ghoster to come back. Many people mistakenly believe that the ghoster has moved on and is no longer interested in them when the ghoster is just waiting for the right time to come back. Patience is key!

3 to 6 months may seem like a long time, but it’s important to remember that ghosters usually come back when they realize what they’re missing out on.

If you focus on your happiness and growth during this time, the ghoster will return to find a completely different person.

What Happens When You Ignore a Ghoster? (Ghosting a Ghoster)

If you ignore a ghoster, they may eventually come back. However, it’s important to remember that ghosters usually come back when they realize what they’re missing out on.

By not chasing ghosts, you show respect for yourself and your dignity. The ghosted person might feel relief that they’re no longer being chased by messages or phone calls.

How to Make a Ghoster Regret Losing You Later?

Many people have gone through the pain of being ghosted- someone they were dating or seeing just disappeared without any warning or explanation.

In this video, we’ll show you how to make a Guy Regret Losing You. We’ll teach you how to get them back and make them want you again.

What to Say to Someone That Ghosted You?

If someone you’re interested in dating suddenly stops responding to your texts or calls, it’s called “ghosting.” Ghosting can be hurtful and confusing, especially if your negative thoughts things were going well.

If you’ve been ghosted, here are a few things you can say to the person who did it:

When someone ghosted you, it’s important not to take it personally. Ghosting is usually a sign that the kind of person wasn’t that interested in you in the first place.

How to Say Goodbye to Someone Who Ghosted You?

“Based on your silence, I am going to assume that you have abandoned me. It pains my heart because we had been such an amazing couple until now when all of this happened.”

Examples of How to Say Goodbye to Someone Who Ghosted You

“Goodbye. I hope you find what you’re looking for.”

“It’s a shame this is how it had to end. I really did think we had something special.”

“I’m moving on now. I deserve better than to be ghosted.”

“I hope you find happiness, even if it’s not with me.”

How to Make a Guy Regret Ghosting You?

There’s no surefire way to make someone regret ghosting you, but there are a few things you can do to show him that you’re over him.

Some types of guys do regret ghosting. They may realize what they’re missing out on and come back, or they may feel guilty about how they treated you. If a guy regrets ghosting you, he may reach out to you or try to make contact.

Does He Regret Ghosting Me?

There’s no surefire way to know if a guy regrets ghosting you, but there are a few red flags that he might. He may reach out to you or try to make contact. He may also act jealous or resentful if he sees that you’re moving on without him.

Do Ghosters Get Karma?

There’s no guarantee that a ghoster will get karma, but it’s always possible. If you’re worried about someone ghosting you, the best thing you can do is focus on enjoying your mental health and being the best person you can be.

How Can I Make My Boyfriend Regret Ghosting Me?

If your boyfriend ghosted you, he’s probably expecting you to react in a certain way – most likely by being needy and constantly reaching out to him. You’ll make him regret his decision by not giving him the reaction he expects.

Remember, Be in your comfort zone and always act as if cutting contact doesn’t make a difference in your life; this will show him that you’re confident and unaffected by his decision.

Do Ghosters Always Come Back?

It’s not uncommon for someone who’s been ghosted to feel like they’ve been “left in the dark.” But, according to data from a recent study, it turns out that most ghosted people do eventually hear from the person who disappeared from them.

In fact, of the people surveyed, 71% said they had been contacted by their ghosts again. So, if you’re wondering if the person who ghosted you will come back, there’s a good chance they will.

How Do You Make Ghoster Regret Ghosting You?

There is no one-size-fits-all answer to this question, as the best way to make someone regret ghosting you will vary depending on the situation. However, here are a few general tips:

How Do I Let a Ghoster Go?

If you’re struggling to let go of someone who ghosted you, it’s important to remember that they decided to disappear from your life. This means that they are not worth your time or energy. Instead, focus on bettering yourself and don’t waste time.

Will a Ghoster Reach Out?

There’s no guarantee that a ghoster will reach out, but it’s always possible. If you’re wondering if the person who ghosted you will come back, the best thing you can do is focus on enjoying your life and being the best person you can be.

How Do You Make Someone Regret Ghosting?

Ghosting is a bad idea. It won’t make you feel better in the long run and will only make things worse for both parties involved, so don’t do it! Instead of focusing on getting back at this person who ghosted me-I’m going to block them out of my life entirely by finding myself another great companion or starting up an online dating site where single people can find fun activities together.

So, how to make a ghoster regret it? In conclusion, it would seem that most people who ghost do regret their decision later on. While there are some exceptions to this rule, for the most part, guys who ghost feel terrible about what they’ve done and often come back begging for forgiveness. If you find yourself the victim of a ghoster, don’t be afraid to hold out for a while – he’ll more than likely come back once he realizes how much he misses you. And if he doesn’t, you can move on knowing how to make a ghoster regret and give him a chance, and he chose not to take it.